The Ron Sturgeon Story: From Homeless to Blue Collar Millionaire 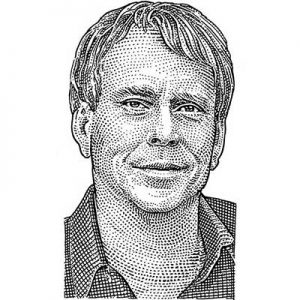 When Ron Sturgeon was a senior at Richland High, his father died. Ron inherited $2000 and a half-interest in a VW bug. His father’s death also left Ron and his twin brother homeless. Out of necessity, Ron taught himself how to fix the VW.

He quickly discovered that he could make more money buying, fixing, and reselling cars than stocking produce at a local grocery store. While still a student, with only the money he inherited, Ron started his first business, an auto-repair shop.

As his business grew, Ron stayed alert to opportunities. When he figured out that he was making more money from selling parts from his boneyard than from turning a wrench, Ron shifted from auto repair to auto salvage.

By specializing in parts for imported luxury vehicles, and by astutely harnessing technology to measure his marketing (Ron’s pioneering work in database-driven marketing was profiled in Inc.), Ron grew his auto salvage business from one employee to one of the largest in the U.S. before selling it to Ford Motor Company.

Ron has always been a profound believer in the value of industry associations. When a firm seeking to establish a monopoly in yard-management software threatened the salvage industry, Ron rallied more than 300 independent auto recyclers to form the United Recyclers Group. Ron served as URG’s first president and led efforts to develop Pinnacle, a yard-management software that remains an industry standard.

As a salvage yard owner, Ron was among the first to appreciate the opportunity presented by selling warranties on used parts and among the earliest to capture the productivity gains from implementing pay-for-performance compensation for dismantlers and drivers.

An intrepid serial entrepreneur, in the years since, Ron has founded a car storage firm and a chain of salons and spas, as well as becoming a highly successful commercial real estate investor in Tarrant County, Texas.

A popular keynote speaker and small business consultant, Ron is the author of several popular books for entrepreneurs, including Salvaging Millions from Your Small Business and Green Weenies and Due Diligence.

In 2016, Ron received a lifetime achievement award from the Automotive Recyclers Association and recently appeared on CNBC’s popular Blue Collar Millionaires. Ron has been a Fort Worth real estate investor for more than 30 years.